Mastodon is a federated microblogging engine. An alternative implementation of the GNU social project. Based on ActivityStreams, Webfinger, PubsubHubbub and Salmon. 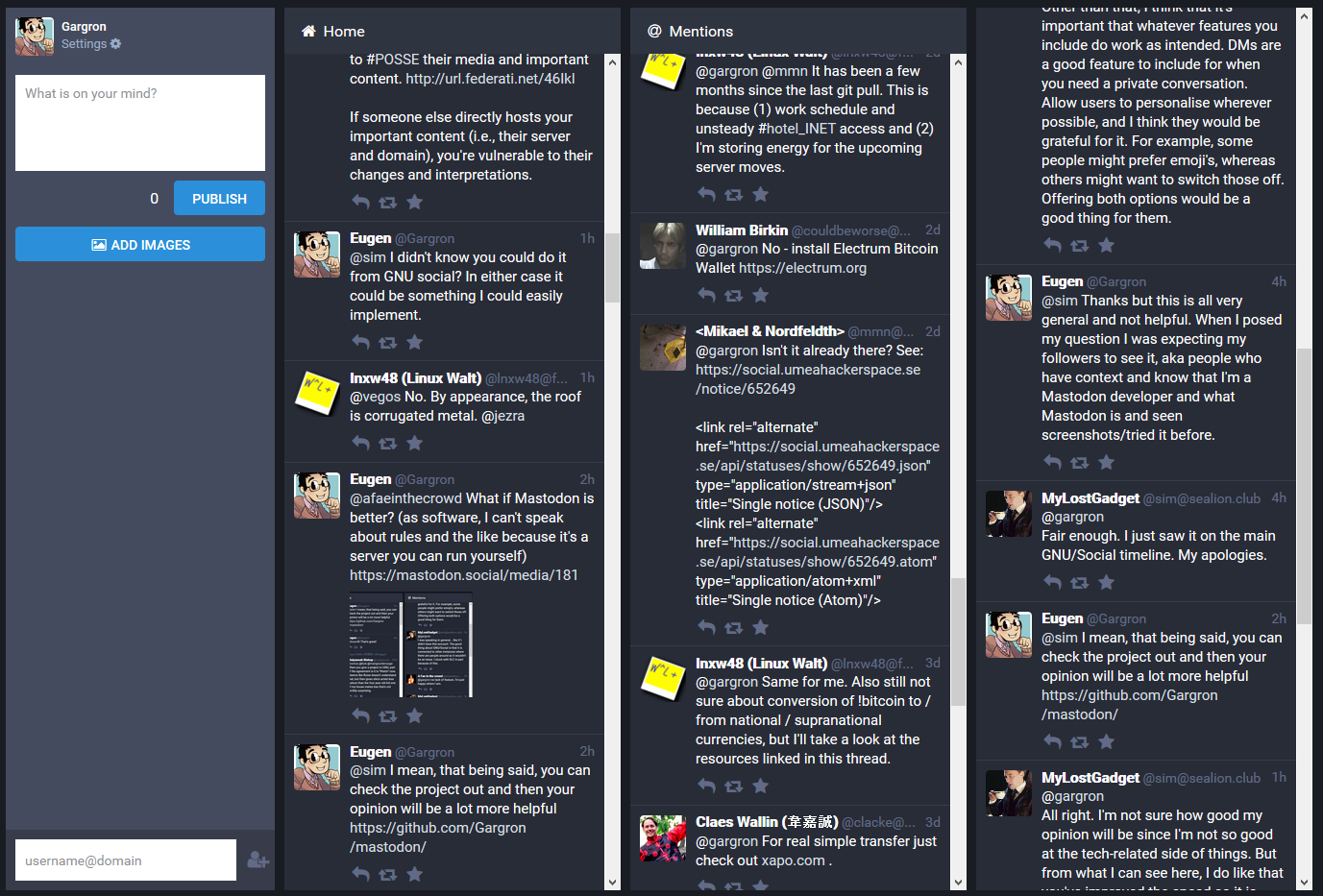 Focus of the project on a clean REST API and a good user interface. Ruby on Rails is used for the back-end, while React.js and Redux are used for the dynamic front-end. A static front-end for public resources (profiles and statuses) is also provided.

If you would like, you can support the development of this project on Patreon. Alternatively, you can donate to this BTC address: 17j2g7vpgHhLuXhN4bueZFCvdxxieyRVWd

Current status of the project is early development

Consult the example configuration file, .env.production.sample for the full list.

Running with Docker and Docker-Compose

The project now includes a Dockerfile and a docker-compose.yml. You need to turn .env.production.sample into .env.production with all the variables set before you can:

As usual, the first thing you would need to do would be to run migrations:

And since the instance running in the container will be running in production mode, you need to pre-compile assets:

The container has two volumes, for the assets and for user uploads. The default docker-compose.yml maps them to the repository's public/assets and public/system directories, you may wish to put them somewhere else. Likewise, the PostgreSQL and Redis images have data containers that you may wish to map somewhere where you know how to find them and back them up.

This approach makes updating to the latest version a real breeze.

To pull down the updates, re-run

Which will re-create the updated containers, leaving databases and data as is. Depending on what files have been updated, you might need to re-run migrations and asset compilation.